Hidden Villa is open via reservation system! Learn more on our 'Visit' pages.

During the hike to the Knoll, Nick covers a bit about ecosystems, and a bit about what makes them work. We have provided some fun follow up questions to support your learning. Some of these questions have more than one correct answer. Keep an open mind and have fun!

2. Here are some examples of things that occur in nature, can you determine whether they are biotic, abiotic, or a combination of both? If there is a biotic and abiotic relationship happening, explain it.

A forest is a complex living system. While its appearance is often dominated by trees, a healthy forest is composed of many different animals and plants that interact with and depend on each other. A food chain is a simplified way of showing energy relationships between plants and animals in an ecosystem. For example, a food chain of sun, plant seed, mouse, owl shows that a plant seed that grows from the sun’s energy is eaten by a mouse, which in turn is eaten by an owl. A food web represents the interaction of many food chains in an ecosystem.

A) Here is an example of a forest food web in which five different kinds of plants are producing food by capturing the Sun’s energy (solid arrows). 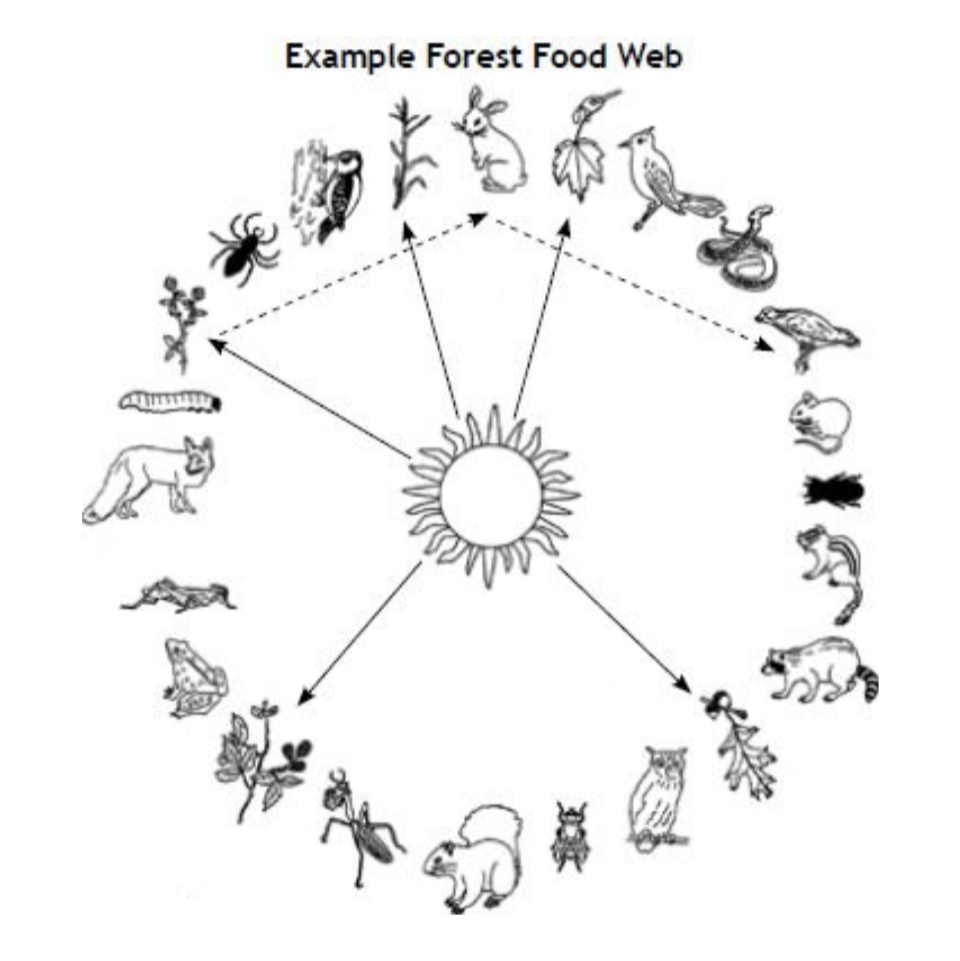 Hint: there are many possible combinations! When you have connected all the organisms, you have created the food web!

B) Research someone who has done something good for the environment. What did they do and why did they do it? What did you find most interesting about them?

C) Write a story from the point of view of an abiotic (non-living) thing, like a rock or the Sun or the wind or a raindrop. What does it experience? Does it go on an adventure? How does it help the living creatures around it? Use at least six sentences to tell your story.