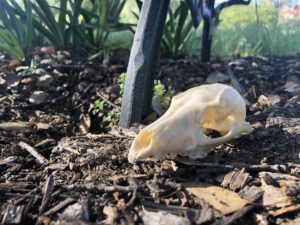 In the skull video, Noah and Natalie demonstrated how to look for clues on a skull in order to learn about the life of the animal. Eye placement and tooth shapes are two excellent clues that can solve the mystery of how an animal survives! Noah and Natalie also talked about where you might be able to find animal evidence in your own backyard!

4. Do you have a favorite predator or prey animal? Describe what their teeth and eyes most likely look like based on what the video described. Now look up a photo of that animal. Were you right? Why or why not? 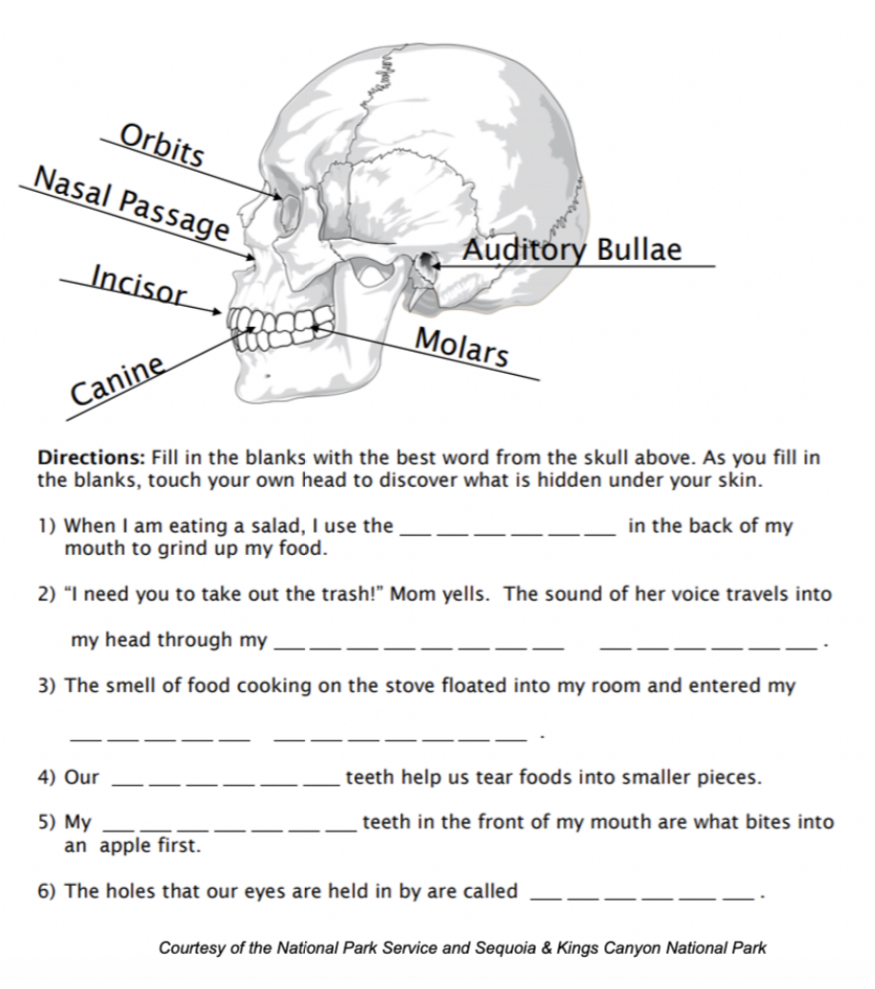 A) Write a short story about a predator/prey relationship! Make sure to add glittering details. Your story should include a predator sneaking up on a prey animal. Decide what happens next! Remember to think about where their eyes are and what kind of teeth they have! Think about which animals you want to include. Some examples could be mountain lion and deer, coyote and rabbit, bobcat and squirrel, or birds and bugs.

B) Practice your tracking skills! Natalie and Noah mentioned that animal tracks can show how an animal walks or even sleeps. Think about which surfaces show tracks best (mud, sand, snow). Bring something to take a picture or a notebook and pencil and head out into the great outdoors! You may be surprised where animal evidence can be found! Look for tracks, scat (animal poop), feathers, or even unique leaves or flowers! When you find something that excites you, either take a photo of it (use your hand for scale) or sketch what it looks like. Add a few details about where you found it. Nice work, you’re now a naturalist in training!